How many times you’ve heard that the all-new Toyota Tacoma Diesel is arriving in North America? Countless, we suppose? In the last few months the rumors are even louder. Apparently, Toyota has finally decided to change some rules in the mid-size truck world and present its model with a turbodiesel engine. This move was quite logical since the USA government gave up on the Paris climate agreement.

Latest news about 2020 Tacoma diesel pickup you can find at pickuptrucknews.com.

Even though a majority of the truck owners appreciate the power and towing capacity of their workhorse, and don’t think much about pollutions, there are also those who are more environmentally friendly. They could also soon have their favorite among pickups. After novelty that Ford is preparing its first-ever F-150 Hybrid, Toyota has announced this possibility too. After a huge success of their RAV4 Hybrid, they are considering to implement the same powertrain under the hood of the new Tacoma truck.

Don’t expect anything spectacular under the hood of the Toyota Tacoma Diesel. Most likely, this is going to be the same engine which currently supports the overseas Hilux workhorse. If we have the right information, the U.S. buyers will be able to get a 2.8-liter turbo diesel only. A base 2.4-liter mill is not good enough to compete with Tacoma’s rivals, so Toyota needs to focus on the larger unit. The 2.8-liter turbo, so far, delivers 177 horsepower and 332 lb-ft. It will be mated to either a standard six-speed manual or optional six-speed automatic gearbox. Using the diesel engine, Tacoma will raise its towing capacity to almost 8,000 lbs, which will be very competitive in mid-size pickup class.

The new Toyota Tacoma Hybrid will not be as powerful as the diesel model. However, it will be a perfect choice for people who don’t need a workhorse but a vehicle for everyday tasks. As said, the powertrain of this truck should be borrowed from RAV4 Hybrid. It is a 2.5-liter inline-4 petrol engine matched with three electric motors. The transmission will be continuously variable. The fuel economy will probably be the best in class since Toyota’s crossover hybrid with the same system covers 34 mpg in the city and 30 mpg on the highway.

Aside it’s going to feature a totally different engine, the appearance of the Toyota Tacoma Diesel is not going to differ from the gasoline sibling. The same thing goes for the Hybrid model. As for the exterior design, the diesel truck might host a new grille. This way, Toyota will set it apart from the gasoline model and make it more interesting when it arrives.

For this year Toyota has already presented its off-road trim TRD Pro and the nature of the diesel engine would fit perfectly with its robust design and Tacoma’s high-rise snorkel. On the other side, the hybrid system goes with some smoother lines and more refined appearance.

Interior will not differ from the current one. The dashboard will be functional and easy to use. The current Entune infotainment system may receive an update until the oil-burner arrives in North America. With the higher trims it will be matched with a 7-inch touchscreen. Leather upholstery, automatic climate control and front seat heaters will be also available with the premium models. 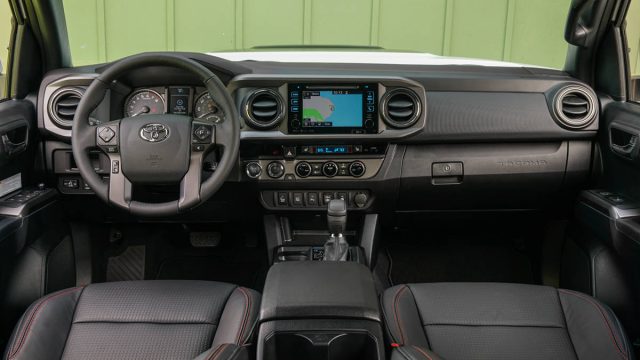 Well, the Toyota Tacoma Diesel will definitely arrive before the end of the 2018. It should be introduced as the 2019 model. The starting price is unknown at the moment. However, bearing in mind that the base model costs $25,000 the diesel model or the one with the hybrid powertrain shouldn’t be priced under $30,000. 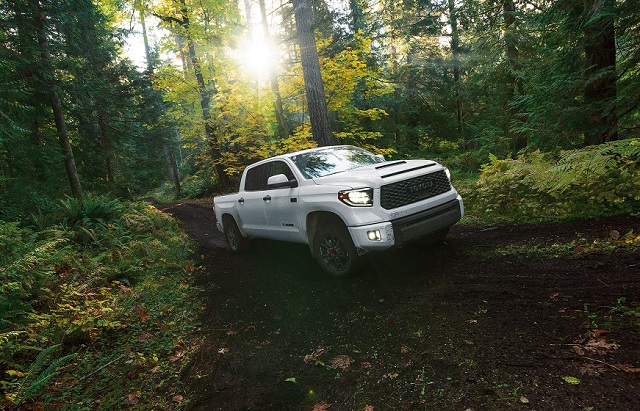 12 thoughts on “Toyota Tacoma will get new Diesel Engine”