It appears we might get the midgate feature back in the form of a 2024 Chevy Avalanche. During the keynote address at the CES 2022, the CEO of GM made it clear they are serious about making a completely electric truck. They unveiled their design which seemed somewhat familiar. It reminded many of the long-forgotten Avalanche.

This truck will give drivers great range on a single charge but it also has a great stylish design and can be used as a pickup truck is supposed to. Although it is a Silverado line it doesn’t share too much with it. It will ride on GMC’s Hummer EV pickup architecture. Opposed to the body on frame pickup architecture. Although the newly announced truck resembles a symbiotic connection between an SUV and a truck, it will behave like a truck and work like one. 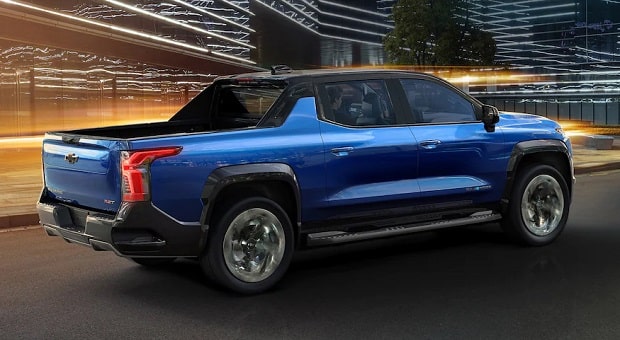 So expect it to haul and tow a lot of weight with zero emissions due to its electric nature. Although the old Avalanche might be dead we are hoping this is resurrection without officially using the name of a truck many cherished.

Read along to find out more about the 2024 Chevy Avalanche.

Chevy is jumping on the electric vehicle train as soon as possible. Although the F series is selling rapidly every year they are still gas guzzlers. So this is a huge step toward a modern truck. The brand new 2024 Chevy Avalanche is supposed to be all-electric and this is the future we are sure of.

So expect the cabin to be as if it came from a spaceship. The most talked-about feature of the car is the famous midgate. This is the ability of the second-row seats to be taken down or folded in order for larger and longer cargo to be loaded in the back. With the midgate feature, the 2024 Chevy Avalanche can fit 9 feet long objects in the back with ease. It was mentioned that at launch only the RST version of the truck will get the midgate. Other versions get a solid back of the cabin with a cab and bed. 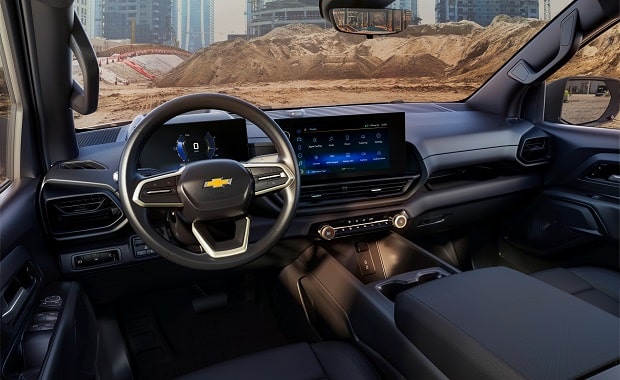 There is also enough space for three large suitcases to fit in the so-called eTrunk. The interior looks futuristic and digital, as it should since they are trying to take a step into the future with the Avalanche. We noticed high-quality suede and fabric along with leather. Chrome and suede accents all along the cabin make this truck dashing and dazzling. The steering wheel is made with contrast stitching and doesn’t feel cheap at all. There is a standard infotainment system in the middle. We can choose the size depending on the trim we decide on. We get 8 inches, 11, and 17 inches on the touchscreen.

Most of the controls can be used from this unit. The dashboard is all digital which is a nice gadget. We also get a heads-up display which is not often seen in trucks but is still welcomed. The RST version will also get the Super Cruise feature. This is a hands-free driver aiding software that adds a lot to safety and can pull you out of dangerous situations with ease.

Although it is part of the Silverado line it will look more like the old Avalanche did. The new 2024 Chevy Avalanche will offer a midgate feature as mentioned. It is pretty much the same size as the other Silverados with minor tweaks. It is very aerodynamic, this will ensure better range and less resistance. 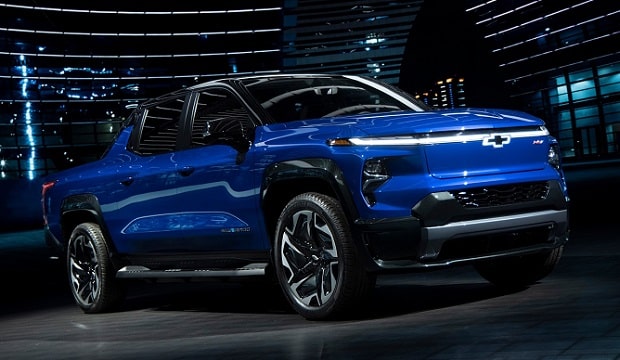 This will come in handy since it is an EV and every mile matters here. It will ride on huge stylish alloy wheels. We aren’t sure of the material but hopefully aluminum or chrome to save some weight. This further increases power to weight ratio and increases the much-talked-about range of the EV. We get a 5ft 11 inches bed, with the midgate it goes up to over 9 feet, and with the tailgate open it can fit cargo as long as 10 feet and 10 inches.

This is more than enough for your standard hauling. It will only be sold in Crew Cab body style so it will be able to sit five people comfortably. It will be based on the GMC’s Humvee platform with no-body on frame construction. The headlights are very thin and futuristic. They are using the latest LED technology so it won’t have bad visibility. There is no distinguishable front grille since there is no need for large air inlets. Don’t forget, this bad boy is all about electricity.

We get all-wheel steering with the basic RST edition, adaptive air suspension, and a whole lot of batteries. The Avalanche for the 2024 model year has 10 power outlets for a total of 10.2 kW off-board electricity. It can charge another EV which is quite nice. It will be based on GM’s Ultium Platform. This means a 24 module Ultium battery pack that offers up to 400 miles per single charge.

It of course will support fast charging so you can be ready to go while you quickly drink your coffee at an electric charging station. Apparently, it consists of front and rear motors that when put together can boast 664 horsepower and 780 pound-feet of torque. This is a force to be reckoned with especially considering it is all from a battery.

It can speed from 0 mph to 60 mph in just 4.5 seconds, quite impressive for a large pickup. This is for the RST version, another Work Truck version will have 510 horsepower and 615 pound-feet of torque and the same 400-mile range.

In 10 minutes you can charge the truck enough for another 100 miles. 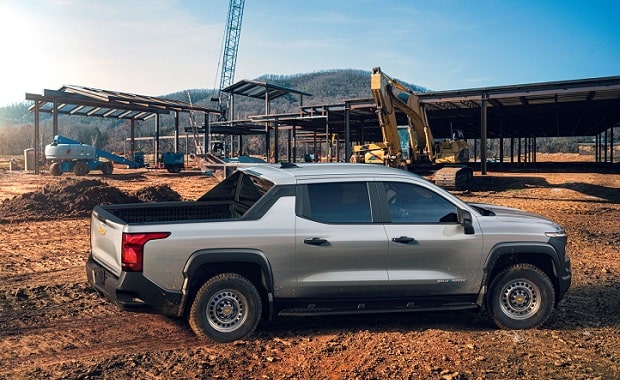 Although the original Avalanche is long gone there are indications that this new truck will carry on its name and legacy. The 2024 Chevy Avalanche will hit the road sometime in early 2023 if there are no delays due to the pandemic.