Ford fans can rejoice once again, we are getting a brand new 2023 Ford F-150 Raptor R model. Apparently, the model is already in production and there are certain spy shots circulating the internet. Ford came out swinging this time, the competition is fierce and brutal so it will take a lot to win the hearts of buyers.

Built for the off-road, the 2023 Ford F-150 Raptor R is a beast and is able to tackle any obstacle it stumbles upon. Raptor is one of the first trucks that we’re able to increase acceleration without sacrificing the gist of the pickup truck. Towing and hauling capabilities were not decreased by making this truck more sporty and faster. Rumors are that there is going to be some serious refinement when it comes to redesigning.

We should be getting a lot of new stuff in the cabin. On the outside, the Raptor has to follow suit with other trucks and look modern and mad. A lot of speculation about the powertrain as well. Read on to find out more about the upcoming Raptor R. 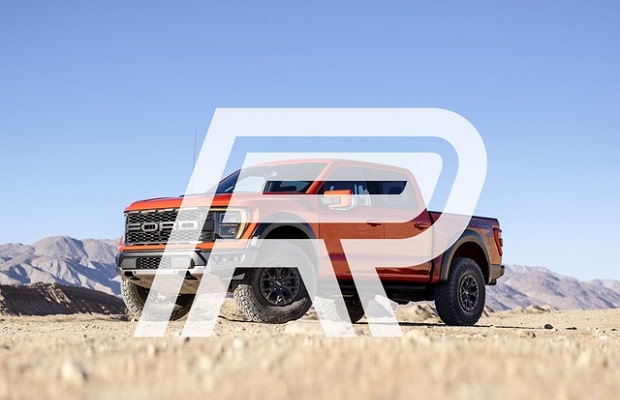 The new 2023 Ford F-150 Raptor R will resemble the plain F150 interior design. Since the competition is pulling all the stops, Ford had to do a lot to stay ahead of them. Expect the manufacturer to bring out the big guns and dazzle everyone with the cabin redesign. Raptor already has some of the highest quality materials available on the market.

There is only one cab model so expect it to be roomy and expect it to seat at least 5 people comfortably. Leather and cloth upholstery should be a must, with nice stitching so it doesn’t tear over time. Since technology has advanced a lot, expect there to be a whole lot of gadgets that improve quality of life. We could probably see an all-digital dashboard, this is a nice step towards the future and a more modern look. 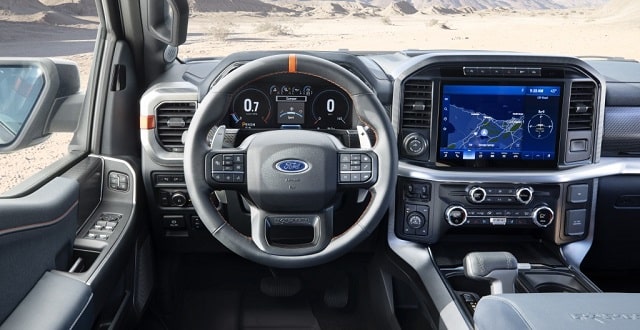 Central touchscreen for infotainment is the industry standard. This unit should be no less than 10 inches in order for passengers to enjoy the fun. All controls including air conditioning and surround system are going to be controlled from this infotainment system. Connectivity is going to be the standard Bluetooth with Android Auto and Apple CarPlay. There are a lot of changes on the inside and for the better.

The manufacturer is giving the 2023 Ford F-150 Raptor R the much-needed facelift to keep it concurrent and relevant while also being utilitarian. Although luxurious, the interior also has a sporty accent, after all, Raptor is an offroading beast and it should look the part.

Ford is making the 2023 F150 Raptor R even more aggressive. It is built with obstacles and off-roading in mind. So why not give it a more menacing look to match the utility that comes with this pickup. According to spy shots and renderings, there is some serious redesigning done on the new Raptor.

In the past Raptor had colored exterior features, this is no exception and we will get even more colored parts of the outside. The front grille is a bit bigger, this should improve air circulation and help with decreasing heat in the engine. There were no serious issues with this particular thing, but it doesn’t hurt to stay safe and make sure things are cool under the hood.

We can expect new wheels on the 2023 Ford F-150 Raptor R. Aluminum and colored alloy wheels, take your pick. These are made from lighter materials and this is in order to further improve the acceleration of this sporty pickup. Also, power to weight ratio is better and the overall performance of a car is improved.

There is also more ground clearance. This is due to the new coil springs, 13.1 inches to be exact. The car will have four-wheel drive, tests have shown this is best by far for the off-roading role that the car has. Hood and bumpers look like they came off a racing car, which is not a bad thing at all and they fit nicely with the big Ford pickup. 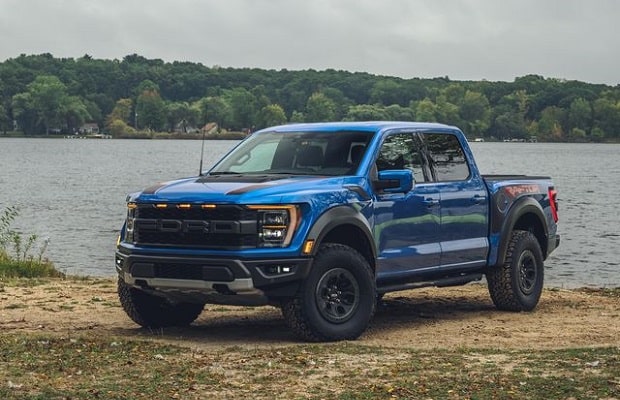 All-new 2023 Ford F-150 Raptor R is a beast under the hood. It will probably have the same engine as the previous versions of the Raptor. Due to things that this truck needs to do, there was a need for an absolute unit of an engine.

The powertrain of the F150 Raptor is a twin-turbo V6 engine. Raptor boasts amazing acceleration, from 0 to 60 mph in only 4.5 seconds. For a pickup truck, this is simply amazing considering the size and weight of the vehicle. Transmission is automatic with 10 speeds. As we mentioned previously, all-wheel drive is the play here. This will enable better traction and make getting out of mud or holes much easier. It is a powerful one and can spin upwards of a whopping 700 horsepower.

There are also some speculations about F150 Raptor R getting a Ford Mustang Shelby GT500 engine. This beast is 760 horsepower and it’s because of a huge V8 gas engine. Also, the car has 625-pound feet of torque to spin those wheels when you really need it. There aren’t a lot of drastic changes under the hood, but why change something that ain’t broken. The F-150 Raptor R is still going to be very fast and very capable of towing and hauling weight. 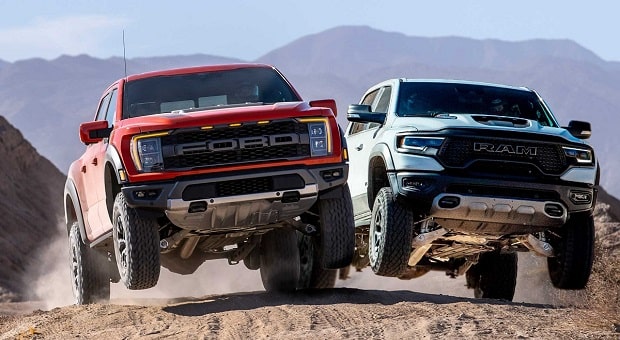 Word on the street is that the 2023 Ford F-150 Raptor R is going to hit the stores later this year, probably in the fall. This is perfect timing, most of its competitors are pushing their newest models for people to see.

Needless to say, many people are looking forward to testing driving this beast and taking it for a spin in the wild.