The question we hear often these days is, can we expect a Chevrolet El Camino comeback? El Camino was one of the most popular cars during its time. It was topping all sales charts and it was a jack of all trades when it comes to utility. Chevy enthusiasts are drooling at the thought of this legendary car making a comeback.

Nowadays, people want their car to be able to go fast, tow a lot of weight, drive well, and much more. Well, Chevy El Camino was able to do all that, hence everyone getting riled up when they heard the rumors. So far, all we have are rumors and probably false information about the revival of the El Camino. But one could not help but wonder if it is more than a pipe dream. 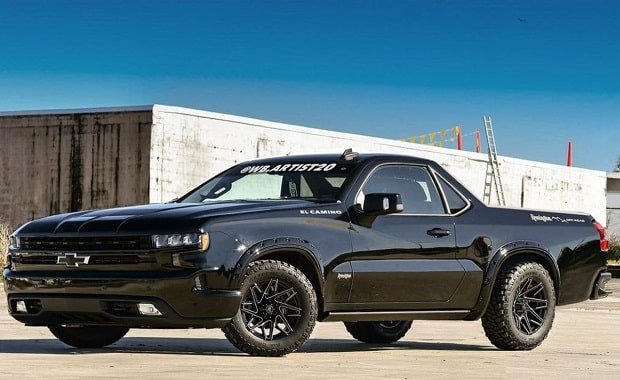 There is no possible way to know what exactly we will be getting on the inside of the Chevrolet El Camino. The last model was almost 40 years ago and all the technology and style that was in that model should and is obsolete by today’s standards. But let us venture into this idea and play with our imagination. If the Chevrolet El Camino did get a reboot, we could expect to borrow its interior from one of its very popular cousins, the Chevrolet Silverado.

This would mean a lot of leathery accents, which is as luxurious as they get. The Silverado has a very spacious cabin, with several cab options from 2 seaters to standard cab. So the El Camino would be able to seat up to five people comfortably, and it would have a lot of legroom. No cheap plastic in this one, it is all about feeling like you are in the first class with Chevrolet. Dashboard would be part digital, part analog, while there would be a central infotainment system. Not sure if air conditioning and similar controls would be on the touchscreen, but we are hoping for at least an 8-inch size touchscreen.

Expect the Chevrolet El Camino to have a good surround system and good connectivity. Android Auto and Apple CarPlay are a must, with a standard Bluetooth connection. As with Silverado, we can hope that Chevy is going to invest in driver safety. This means driver aid software to get you out of tight spots and warn of possible dangers on the road. Hopefully, we will get the same camera system as with Silverado so we can maneuver through narrow paths and park when there isn’t much wiggle room.

Although the previous model is long gone, we hope there isn’t much change on the exterior. After all, its look is what made it so popular in the first place. Sentimentality aside, the classic Chevrolet El Camino look can still be achieved while giving it a modern look. With more angles and a less blocky build. Again on the renders, we can see the influence from Silverado.

The big and wide front grille is hopefully made out of chrome. This adds style and shaves off weight, and doing that also improves fuel economy and improves power to weight ratio. We doubt there will be humongous wheels on the El Camino, after all, we are not after a huge pickup truck. 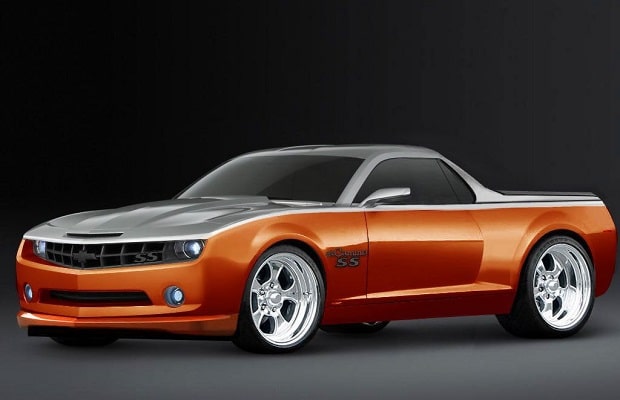 There might be a SS version with this one too, so you can feel stylish while hauling cargo. Different color rims would allow buyers to further customize their own personal El Camino, which is a big plus as not all manufacturers allow that. But again we can hope for aluminum alloy wheels for sturdiness and weight reduction. New headlight and taillight designs are a must, we are far removed from circular lights and their retro look. The redesign of lights would also improve visibility and safety in that regard. Modern problems require modern solutions.

This is probably the hardest specification to predict when it comes to the Chevrolet El Camino reboot. Chevy has a lot of engine options with all of its cars, so one can take their pick. If we think logically, El Camino is not a giant of a pickup, so it wouldn’t require an absolute beast of an engine. Smaller 4 cylinders or a V6 engine would do the trick. A 2.0-liter turbocharged engine might be the sweet spot, with 250 horsepower and 260-pound feet of torque.

The smallest V6 would be a 3.6-liter engine and it boasts around 300 horsepower, which might prove redundant. Since there is no need for maximum power engines, and this isn’t 1987, we can hope for hybrid or all-electric variants. Hybrid or electric engines are very high-tech today and they wouldn’t be much weaker when compared to their gas-guzzling siblings. Those options would probably cost more but would save your money in the long run and save the world from an ever-threatening climate crisis. 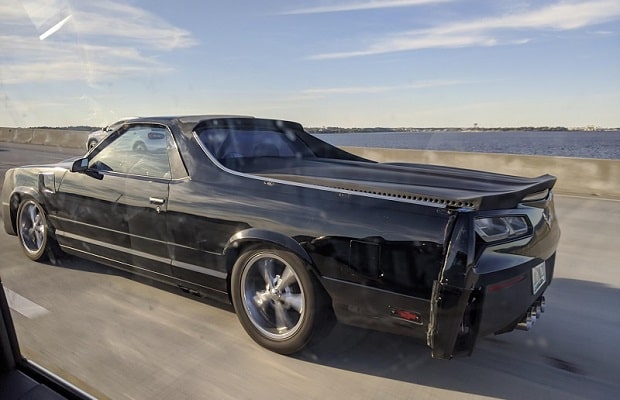 We heard rumors about a Chevrolet El Camino revival several times already. Every time the information proved faulty and we were left disappointed. But we are ready to be hurt again. The prices would probably start around $30.000 for the basic trim, and the SS version would cost you around $10.000 more.