With its first market appearance at the Detroit Auto Show in 2014, the last generation of Ford’s most popular truck F-150 has reached the point where some refreshments are necessary. In order to stay the best-selling model on US soil new 2018 Ford F-150 will undergo a lot of modifications. With some external changes and new Diesel engine under the hood it will still be able to keep its title in the pickup truck segment.

As per trusted sources and a few spy snaps, the 2018 Ford F-150 will undergo some facelift. It will arrive with a new pair of broader LED headlights with square shaped fog-lamps fitted to large front bumpers. Its 3-horizontal bar front grille is to remain unchanged with Ford branding in the middle. Expect Ford to provide new LED tail lamps and standard 18-inch wheels fitted with P245/70SR17 standard tires in this 4 door pick-up. Curb weight has been reduced significantly from 6000 lbs to 5580 pounds owing to use of more aluminum in its design.

Interior designs is speculated to provide spacious and comfortable cabins with infotainment and technologies for driver assistance. Rear leg room space is commendable, though some doubt whether it would match the likes of GMZ Sierra, RAM 1500.

2018 Ford F-150 XL sports a 3.5-liter V-6 engine producing 282 HP with 260 lb-ft of torque with a 6-speed transmission. While the 2WD drive options provide a fuel economy of 19 mpg in cities and 25 mpg on highways, its 4WD drive variants offer 17/23 mpg in cities on highways respectively.  While the F-150 XLT possesses its XL variant engine of 282 HP, torque outputs are tweaked to reach 275 lb-ft mark. EPA ratings remain same as its XL brother.

A Twin Turbo Regular unleaded 2.7-liter V6 engine is what its Lariat 4WD has and produces 325 HP of power with 275 lb-ft of torque. EPA figures from 15 mpg in cities to 21 mpg on highways.

With a fuel economy of 15/22 mpg in city/highways, the Ford King Ranch 4WD boasts of Regular Unleaded 5 liter V-8 engine churning out 450 HP with 510 lb-ft of torque and a 6-speed automatic transmission.

It is confirmed by Ford that a new 3.0 Power Stroke Diesel will also be one of the options under the hood of the upcoming model. 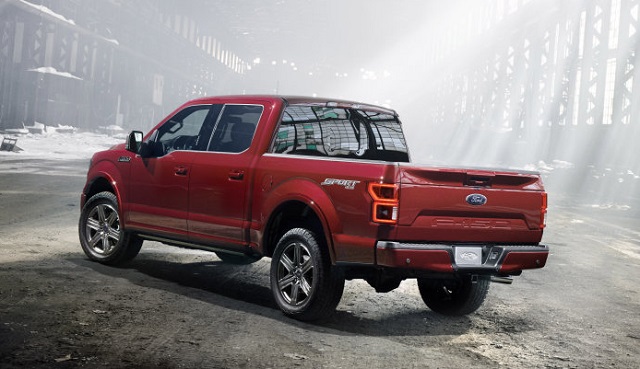 In this respect, safety has been laid equal emphasis as well. The 2018 Ford F-150 includes Blind Spot Monitoring, Lane Keep Assist and a 360 view camera. Rear Parking Assist and Lane Departure Warning are speculated as well.

The release date of this Ford’s truck is scheduled for the last quarter of 2017. Price range for the new F-150 is very wide and it starts from $28,500 for the base model. 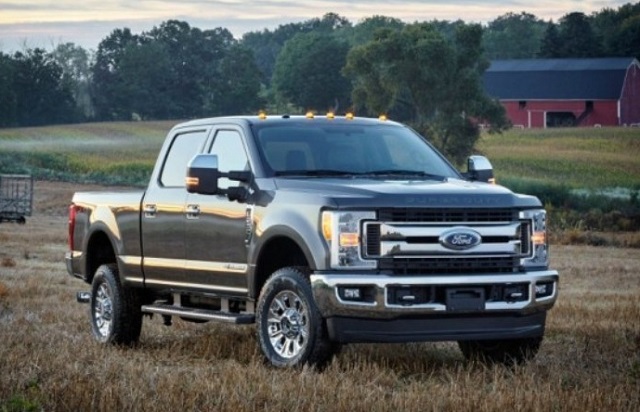