Even though it has no chance to see the light of the day, you have to admit that the Yamaha Cross Hub Concept deserves standing ovations. First of all, it has produced by the motorcycle manufacturer, and second, it’s handsome and completely useful. With its footprint that can’t beat Honda’s new Civic hatch, the workhorse is definitely the smallest pickup truck ever, but it provides enough space inside, as well as a bed that can fit two bikes without any problem. 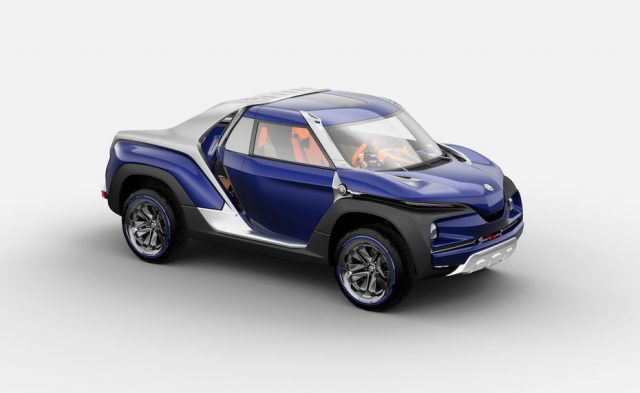 The Yamaha Cross Hub Concept gets 176.7 inches in length. Keeping that in mind, we didn’t know how they’ve managed to fit four seats and to leave enough space for the bed. Well, Yamaha makes bikes, so they though like they are working on one of the kind. More precisely, the pickup truck sports a diamond seating arrangement, which puts the driver’s place in the very center. The cab features a sports steering wheel and a few small displays. Basically, the overall interior is clean and simple, and funky at the same time.

Yamaha made the pickup truck very attractive from the outside. We can set apart any detail as the best, simply because the overall vehicle looks awesome. The hood is short and dynamic at the same time, while the dominant wheel arches make the Cross Hub Concept truly robust. We don’t have an idea how big are the wheels, but we know that we haven’t seen as attractive wheel design for years. As you may see, the truck really hauls two motorcycles, but there is a catch. That’s due the truck’s cab curves inward, which provides a cutaway big enough to fit two front wheels of the bikes. 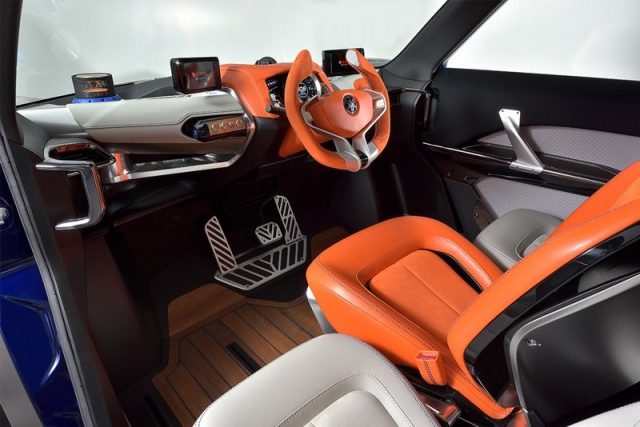 We have no idea what the Cross Hub Concept compact pickup truck hides beneath the hood. The producer hasn’t released anything regarding the performance, so there might be a chance that there is nothing under. If not, it’s something that powers their most potent bikes.

Unfortunately, the Cross Hub has very little chance to see the production lines. There is chance however that Yamaha reconsiders some kind of collaboration with certain carmaker, but that’s not confirmed so far. Still, even though the compact won’t become the real thing, it could make some other manufacturer to reconsider the option. It’s handsome and useful at the same time, so why should not give a try.