This isn’t something you see every day. Moreover, this workhorse will become available for the first time ever. It’s the 2019 Chevy Colorado ZR2 Utility Truck. The modified vehicle has been spotted in Milford, Michigan just a few hours ago while it was checking out its abilities. The car manufacturer hasn’t bothered to cover up the prototype, which means that the ZR2 Utility truck will be introduced pretty soon, most likely in the first months of 2018. 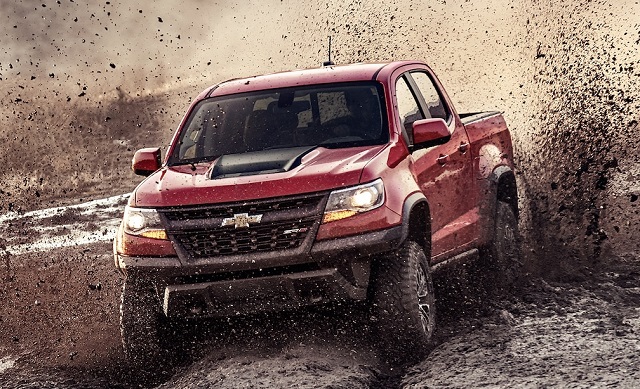 Essentially, the 2019 Chevy Colorado ZR2 Utility Truck won’t differ too much from the regular ZR2. It’s basically the working version of the pickup with a few modifications, which will make life easier for terrain workers. This is why Chevrolet has changed the bed and even added a snorkel. There is nothing new in the front, but the rear end sports a LED reverse lights and totally redesigned bumper. On the other hand, the tailgate seems to be the same with the exception of the ZR2 badge of course. We don’t get a closer look on the interior this time. However, the manufacturer will almost definitely add some useful functions. After all, the Colorado ZR2 Utility Truck should serve in the heating and air conditioning services, logging, forestry, and other similar industries, so it needs to provide some extras, which will be helpful to drivers.

What you can’t see here and it is coming is an upgraded suspension that’s going to provide one additional inch in height and special tires. This particular prototype uses the regular 31-inch tires, but the production model should add a few more inches. More precisely, the 2019 Chevrolet Colorado ZR2 Utility Truck will host 33-inch tires. Do we have to mention standard lockable front and rear differentials? Of course not, because that goes with every ZR2 model. 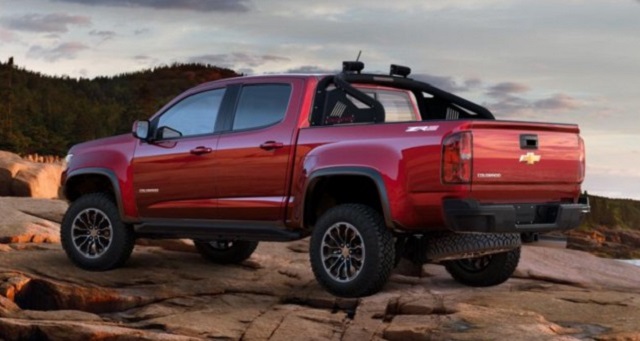 Performance wise, the utility truck will rely on same engine options as the regular ZR2 model. The potential buyers will be able to choose between gasoline and diesel mills. The oil-burner pickup will get an amazing 2.8-liter turbo four capable of delivering 186 horsepower and 369 pound-feet of torque. Bearing in mind the purpose main of the 2019 Chevy Colorado ZR2 Utility Truck, the torque is only that matters, so in case you want our opinion, we would stick to the diesel. If not, you can always get a 3.6-liter V6 gasoline unit with 308 horsepower and 275 lb-ft.

The 2019 Chevy Colorado ZR2 Utility Truck can’t have a lower price from the regular ZR2, simply because it’s going to be even better. This means that it must cost over $40,000.