The mid-size segment is getting richer; the new 2024 Ford Ranger Hybrid and EV are coming. The versatile Ranger is one of the best-selling trucks on the market. It can do a lot of things, and it can do them well. It is a bit off-road centric with all the nice tools it has in its arsenal. Per reports, there will be many improvements from the previous edition of the Ranger. Those will mostly concern the styling of the interior. which could use an update, by the way. The exterior will also receive some tweaks and changes.

The whole design could be updated to be more contemporary. Also, we are expecting improvements in terms of suspension, steering, and ride comfort. But what we are most excited about are the announced new hybrid and electric vehicle versions. This means a new platform will be used as well as a new powertrain offering. There are already a lot of hybrid vehicles under the Ford banner and electric ones as well. So it will be interesting to see which technology they decide to use on the Ranger. Let’s look in more detail at what the new Ford Ranger looks like.

The new 2024 Ford Ranger Hybrid and EV will get improvements all around the cabin. Obviously, the upcoming refresh will also have a new cabin design, and from what we know on the model in Australia, things appear to be significantly better. The dashboard appears much more upscale than the previous generation did. With bolder designs and finer materials, the new shape gives a more expansive layout. However, the new technological elements are what you’ll see initially.

Both a large, vertical infotainment screen and a digital instrument cluster are included, with the latter being reserved for higher model levels. We will probably get a hands-free driving system called BlueCruise. This covers over 2,000 miles of pre-mapped roads on the interstates. This technology is almost mandatory nowadays, along with other safety features.

The popular mid-size truck will soon get cosmetic updates. It’s interesting that there won’t be a brand-new platform. Instead, the T6 architecture will get modifications, which will bring about a number of changes, especially in terms of ride comfort. This specifically relates to the improved suspension configuration, which ought to offer more comfort and better ride quality.

Naturally, we will also witness a completely fresh style, and we anticipate that the American model will resemble the Australian model in every way. You can therefore depend on the new front fascia design, which looks more robust and aggressive than before and draws a great deal of inspiration from the F-150. 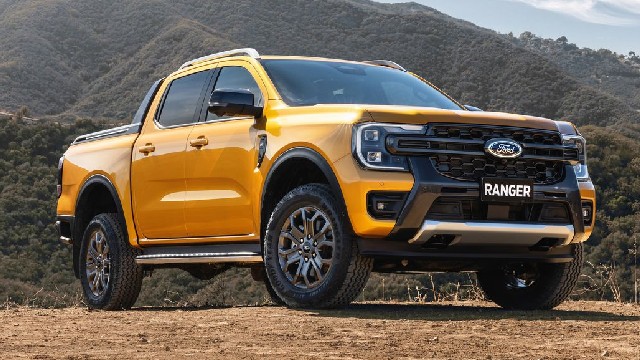 The powertrain is one of the most important parts of a vehicle. Even more so when it is a pickup, they need to be capable as they are mostly used as a workhorse. There will be a familiar face in the powertrain offer, and it’s a good one. Furthermore, there is a 2.3-liter EcoBoost engine with Auto Start and Stop technology. There might be someone saying that it is not enough to have a single powertrain option. But if it is a good one and does everything, why bother with adding another? This engine uses several technologies to improve the 2024 Ford Ranger. First of all, it has direct fuel injection. This means it measures how much fuel is injected for maximum power output. It also uses twin independent variable camshaft timing. This helps minimize fuel consumption and maximize power and torque by better adjusting the opening and closing of the valves.

Put all this together, and you have a smaller engine that brings powerful performance to the pickup. But some reports indicate that the new Ranger will have plug-in technology. An engineer involved in the creation of the brand-new Ranger verified that electrification is possible thanks to the platform improvement. The Ford Ranger had been “future-proofed” for different propulsion systems because of the new, rebuilt chassis. This will be a brand-new plug-in hybrid system that has never been offered in a global Ford model, claims the journal. The Ford Everest in Australia will continue to use this configuration. The base Ford Ranger is anticipated to come with a 2.0-liter twin-turbo four-cylinder diesel engine in addition to the PHEV, while the higher-spec model will have a 3.0-liter turbodiesel V6. There is currently no news of an electric version.

But considering that Lightning was a big hit, there is no doubt the same treatment will be applied to the Ranger. Probably the next refresh is a good time to introduce the electric variant. The platform used now is future-proof, as already mentioned. So there is no need to replace it as it can accommodate all the electric powertrain components. A battery pack of about 150 kWh would do wonders for the Ranger. It would give it good range as well as more than enough horsepower. This would be worthwhile in the long run when fuel consumption is in question. Also, the upcoming emission restrictions are making most manufacturers go green as soon as possible. 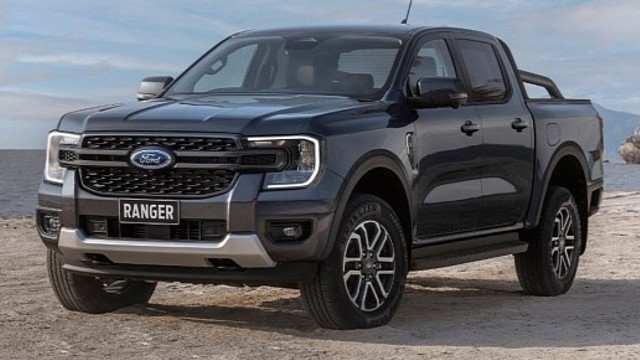 The upcoming 2024 Ford Ranger without a hybrid powertrain can get 23 mpg in combined driving. To be more precise, 21 mpg in the city and 26 mpg on the highway. This is not the cheapest to run, but it’s not really expensive. A hybrid version would improve those numbers greatly. not to mention the wonders that would happen with an electric powertrain.