Another F-150 is about to drop, the Ford F-150 Tonka Edition. The truck’s name might ring a bell, and this is probably because you already own one of these. That is right, we are talking about Tonka, the producer of toy trucks. Per reports, this is also a very limited edition. Only 500 of the F-150 Tonkas were made, but they can still be purchased through common dealerships. So, if you are still dreaming about driving that powerful yellow truck, this might be your best chance. They are immensely powerful, per rumors.

Not only that, they also have great styling on the inside. This is not your everyday F-150. It has been tweaked and modified to accommodate a certain crowd. And we are sure that it will sell quickly. The price tag is a bit pricier than we would like to see. But considering everything you get with it, and mixing in some nostalgia, well, it makes sense then. It also comes exclusively in the famous bright yellow color. This pickup is sure to turn some heads with this styling. Let’s look at some other details about this famous truck.

The inside resembles the outside of the pickup. The Ford F-150 Tonka edition is yellow inside and out. There are black leather seats with Tonka embroidery. The black and yellow color combination is quite pleasing to the eye. They were sold only as full-sized, four-door pickups. And we would like to keep it that way if Big Blue Oval decided to make more of these. But with an upgraded interior, of course.

The infotainment system should be improved and its size increased. The windows on it were tinted as much as legally possible in all states. The seats could have a massaging feature at this price, with several memory settings. Since it costs so much, there is no need to skip on styling. Some chrome or wood inside it would add greatly needed style points. Upgrading the dashboard to fully digital also makes sense since it is standard on modern F-150s anyway. 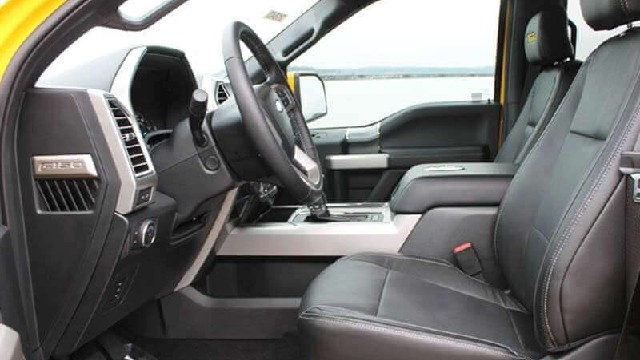 The outside of the Ford F-150 Tonka Edition is colored in bright yellow. This is the only color it comes in. It rides on big 19-inch lightweight aluminum rims to shave off some weight. The front fascia is big and large; it gives the pickup its aggressive look. There are two air intakes on the sporty looking hood. After all, the engine is big and it needs a lot of cooling down. Ride height is also increased, so don’t worry about getting things stuck under your Tonka. There are running boards on the sides to make getting in and out much easier. 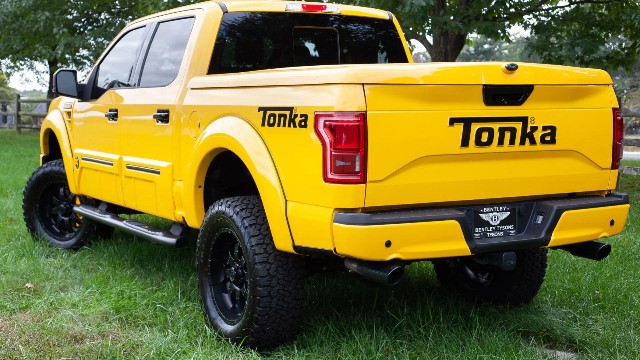 This lifesize reincarnation of the toy is quite powerful. Under the double air intake hood is a mighty 5.0-liter V8. This engine caps out at around 700 horsepower. This is tremendous considering the other F-150s. So, you could compare this pickup with a Hellcat. The engine was made by none other than the magnificent engineers at Shelby America. It has a supercharger and a Borla exhaust system. This is one of the rarer pickups, as only 500 were made, with a promise of 200 more. But that never happened. The engine comes with a six-speed automatic SelectShift transmission.

The reason for an engine this size is that there is literally a lift kit in the back. We would have liked to see other engines on offer for the Tonka. Perhaps a diesel option would be good. But considering how limited this pickup is, it simply didn’t make sense for Ford to do that. A smaller engine would also offer better mileage while still giving it enough power. In pickups the size of the F-150, 700 horsepower isn’t really required. The mid-size pickup category usually comes with 3.0 liter engines, and that is more than enough. If Ford decided to go through and make more Tonkas without the lift kit in the back, then it would make sense to give it a smaller engine.

Ford is steering towards going green with most of its fleet. So, a next-generation Tonka could arrive with a hybrid. We all know how much that helps with performance and mileage. Both are very important aspects when buying a pickup. Electrification isn’t likely to happen due to its being a limited edition. But Ford has the technology to do that as well. Although the platform would have to be changed. The F-150 Lightning would have to serve as a proxy. A great performing truck with a powerful engine, but we would have liked to see more engine offers. This would cater to a bigger crowd and probably get more market share for Ford. which is the end goal, of course. 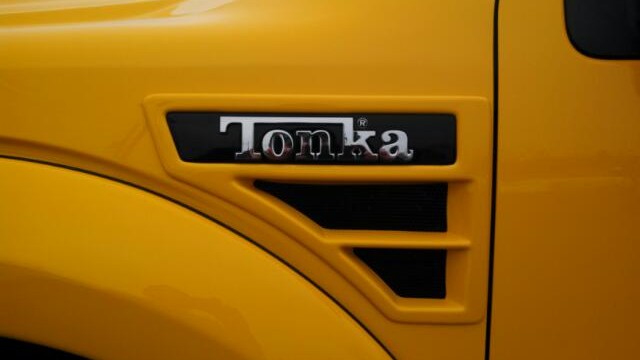 We don’t expect the Tonka to be on the cheap side when it comes to fuel economy. Since the Ford F-150 Tonka Edition has a 5.0-liter V8, it gets only 17 mpg in the city and 24 on the highway. Combined driving would get around 19 mpg. Hybrid powertrain is popular nowadays, but it is not so likely outcome. It would have other benefits for the overall performance, but fuel economy is a big one.

Currently, Ford isn’t planning on producing more F-150 Tonka Edition pickups. There was not a big crowd after them, to be honest. But a limited edition like before would quickly sell out, no doubt. Who wouldn’t like to have a 700-horsepower pickup colored in bright yellow? The price for the big Tonka was $110,000. This is quite a price tag, but consider everything you get with it.