According to recent reports, it seems that the 2024 Tesla Cybertruck is getting delayed again. This isn’t the first time this has happened, obviously. And fans are expecting the truck to drop as soon as possible. The reasons for these delays are complicated. It could be supply chain issues due to the pandemic. It could be a lack of materials for batteries. And, given that this is a fully electric pickup, Tesla will require a large number of batteries. And only electric, not even a hybrid variant, is available. Production was about to start in 2021, after which it was moved to 2022.

But the production hasn’t started yet, which means we can expect it later in 2023 or early 2024 at best. To say that fans are disgruntled would be to de-escalate the situation. But what else can they do? All that is possible right now is sitting and waiting for the actual Cybertruck to drop. The design that was announced should stay unchanged. We also believe that the powertrain options will remain the same. All that could happen in the meantime is that Tesla develops better technology and implements it. But let us see how the truck looks so far and how it will roll off the production track.

The designers really did an amazing job with the 2024 Tesla Cybertruck cabin. It looks like something out of a science fiction movie. It is minimalistic as we get 2 touchscreens. One dashboard and one infotainment unit. They are 14-inch units and can be customized to track anything you wish. Seating is leather, but you can opt for fabric if that is your preference. Cushioning is good and they are heated and ventilated.

Buttons are mostly located on the steering wheel, which improves safety. Talking about safety, we get a lot of features with the Cybertruck. You get your classic lane change alert, automatic brakes, front collision alert, pedestrian detection and similar. There will most certainly be hands-free driving, as Tesla has already implemented that on their other vehicles. It remains to be seen on which roads it will be usable and in which countries. 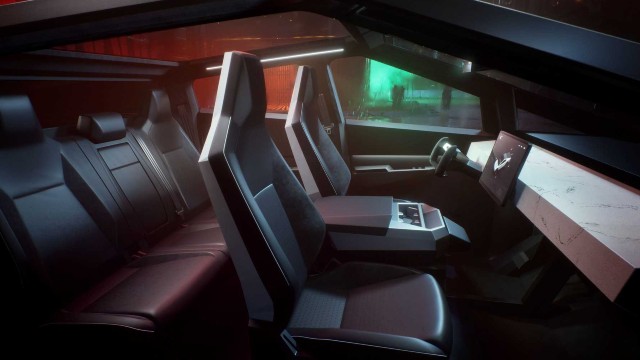 On the outside, the 2024 Tesla Cybertruck looks like nothing you have seen before. Perhaps something taken out of a 1970s sci-fi flick? But the design is blocky and aerodynamic. It decreases wind drag. This improves fuel efficiency and gives it great handling on the road. Headlights are removed and we get a unified LED bar on the front fascia.

It is wide and thin. There is extra cargo space under the hood since there is no engine. The battery pack is located under the cabin for better balance. Bumpers are seamless and are not noticeable. But don’t worry, they are still there to protect you in case of an accident. 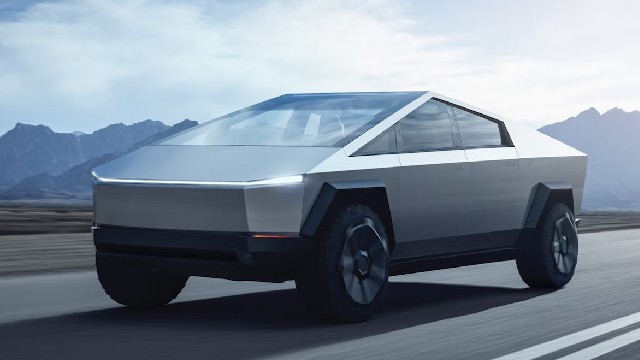 Probably the most impressive part of the 2024 Tesla Cybertruck is its powertrain. Or should we say multiple options? There are three options, according to Tesla. We have one motor setup, a dual motor setup, and a tri-motor setup. The dual motor setup can get you around 625 horsepower. This is much more than most pickups in the mid-size segment. On top of that, it doesn’t spend an ounce of fuel. This will put even heavy-duty trucks to shame. The range on this setup is well above 300 miles, which is more than enough. Considering it has fast charging capabilities, you won’t even get bored while sipping coffee until your truck is full.

But the tri-motor unit is the flagship build. It has over 1000 horsepower with 1200 lb-ft of torque. No other truck can compete with that, obviously. The numbers are super ridiculous, and we can’t wait to see a bunch of Cybertrucks do some heavy lifting. The towing capabilities are amazing as well; we get 7500 pounds towing. There is also a plan for an EV3X version with over 800 horsepower. Tesla uses some of its own measurement units. They have Watts to Freedom, or WTF, for short. This is a special driving mode that, with the switch of a button, gives you an amazing boost.

It accelerates from zero to sixty in 3.5 seconds. This is supercar fast. The single-motor Cybertruck achieves this in 6.4 seconds, which for a truck is again impressive. The top speed for the dual-motor Tesla is 120mph, while the tri-motor can achieve even 130mph. Towing power for the tri-motor unit is over 14000 pounds, which is baffling. It has a bigger battery pack as well, which means more range. According to estimates, it is more than 500 miles away. We would like to see someone try and top that. This is a rare opportunity where there is only an electric variant of the vehicle. We also have fast charging, and this means 100 miles in under 10 minutes. Just enough for a quick trip to the shop or a coffee machine. 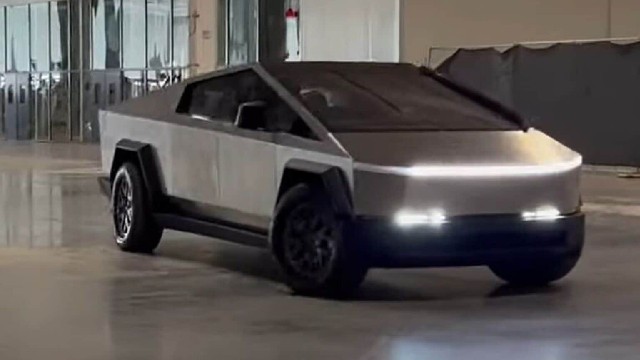 According to estimates, the 2024 Tesla Cybertruck should get around 70 mpge. which is almost four times more than most mid-sized trucks that use gasoline. Talk about impressive. This future-proofs the truck and also saves money on gas.

There were many delays for the 2024 Tesla Cybertruck, but we hope that this is the last one. We can’t say for sure, but summer 2023 looks like the end of the road for those delays. The starting price will be $40,000 for the single motor unit. 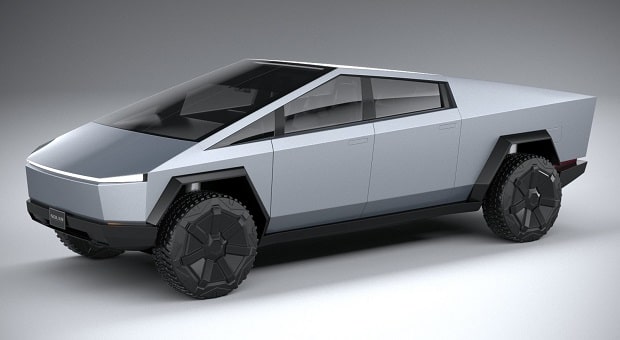 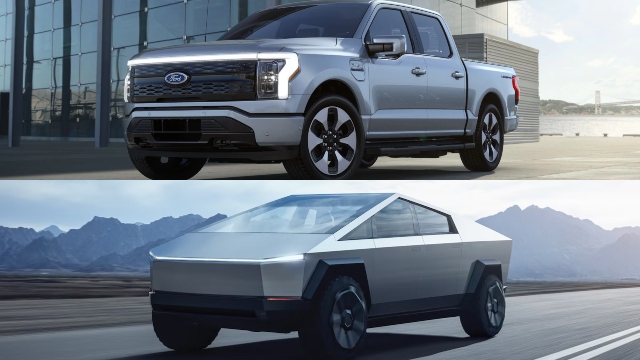