The mid-size segment is once again looking alive, here comes the new 2024 Hyundai Santa Cruz. This pickup is one of the rare occasions Hyundai decided to take a dip in the pickup game. Since it’s their main pickup, Hyundai has to do everything it can to keep them attractive. This means a lot of upgrades and making it contemporary as well as giving it amazing performance. There is a lot of competition in the segment and it is fierce. The top dogs are obviously Ford F-150, Ram 1500, and Chevy Colorado. In order to come out on top, it has to do a lot of things pretty well. The current generation is on the road for three years and it is bound for an upgrade.

On the inside, we are expecting a bit more than just a refresh. Pickups aren’t simple workhorses anymore, they come with some style and luxury. So expect Hyundai to throw a bit more money into interior design. Outside is looking to stay similar to its predecessor, minor tweaks are possible. The powertrain is a big question mark. There are possible upgrades happening as well as electrification. Let’s take a closer look at what the pickup will look like.

One of the best interiors among mid-size trucks is found inside Santa Cruz. Hyundai have a good reputation for producing cars with stylish materials and in-demand contemporary amenities that would fit in perfectly with more expensive models. We like that it has a conventional gearshift on the center console rather than a fussy rotary knob or push-button configuration since it is the first pickup in its class to provide a complete electronic gauge cluster. The Santa Cruz is only offered with a four-door crew cab, and both the front and rear passenger compartments are competitive with those of trucks of comparable size. 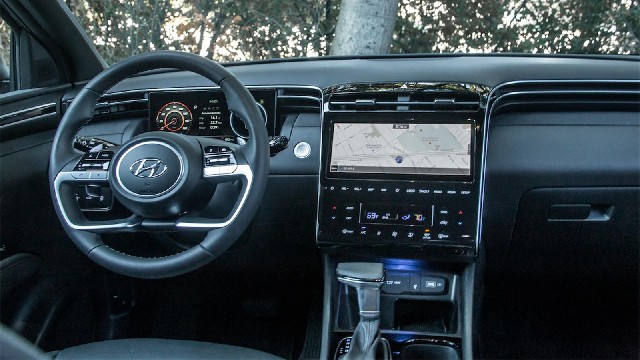 The outside of the refreshed 2024 Hyundai Santa Cruz is not that different from the current version. The front fascia looks quite futuristic with its unorthodox mesh. It has 2 levels of headlights. The top ones are 3 separate lines with the latest LED technology. They are also Halogen LEDs. Side mirrors are heated which makes your life much easier. The roof already has side rails. The cargo bed has storage compartments on the sides.

Wheels are 18 inches without an option for getting bigger. The cargo bed is also one size fits all, it is 5.5 feet in length. There are a lot of exterior colors to choose from. The ride height is not too tall as it is not made with off-roading in mind. Which doesn’t mean it won’t feel at home if you go off the paved road. 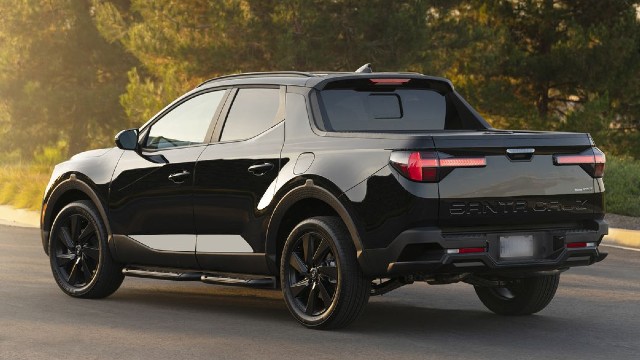 Unfortunately, there won’t be many upgrades when it comes to powertrain improvements. The new 2024 Hyundai Santa Cruz will continue running on the same engine as it used to. This is not a bad thing, considering how well the small powertrain performs. The said powertrain is the 2.5-liter GDI-MPI 4-cylinder engine. The engine does seem a bit anemic for a pickup, but it has proven very capable of towing and hauling a good amount of cargo. There are 2 outputs as before. A regular one and a turbocharged version of the powertrain. There are two different powerplant options available for Santa Cruz. A 2.5-liter four-cylinder engine with 191 horsepower and 181 pound-feet of torque is the base configuration.

However, this entry-level engine is not so great given the sluggish acceleration it gave the Tucson SUV . A 2.5-liter turbocharged four with 281 horsepower and 311 pound-feet of torque makes up the improved engine. With its increased power and snappier reactions, the Santa Cruz is much more suited to it. Both engines are compatible with eight-speed automatic transmissions, but only the turbocharged engine’s dual-clutch variant. Both four-cylinder engines also come with an all-wheel drive option. Santa Cruz is easier to maneuver in town because it is lower and shorter than its category rivals. The truck’s smooth ride and nimble handling were on display in the best trim Limited variant we rode. Unfortunately, there is no diesel version of the engine or any other diesel powertrain.

This is obviously done due to regulations about emissions getting more strict. But not a lot of things can substitute the high-performing diesel engine, especially pickups. We doubt that it will be introduced down the line. But full electrification will definitely happen sooner or later. Probably before 2030 if the rumors are true. The platform should be new for this to actually happen. The architecture needs to be able to accommodate all the electrical powertrain components. Everything would be moved under the cabin and would give space for a bigger cargo space under the hood. The battery used shouldn’t be too big. At least 100 kWh would suffice to match the output of the current engine. But going overboard and incorporating 150 kWh should get it more buy appeal. This would give an amazing performance as well as a great range on a single charge. Perhaps this will happen in the next generation of Santa Cruz. For now, we will have to be satisfied with the current production of the engine. 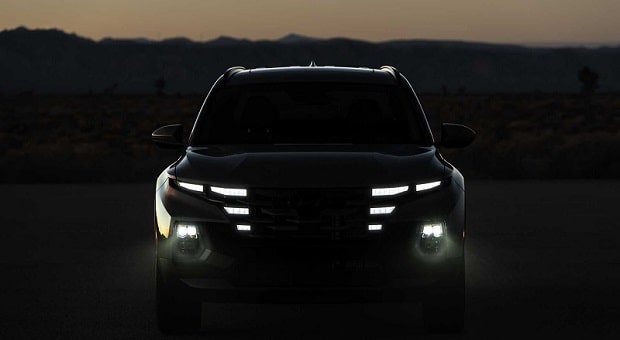