Another heavy-duty pickup is getting much-needed attention, it is the 2024 Chevy Silverado 2500 HD ZR2. This large pickup is one of the top-selling ones on the market. This is obviously with good reason as the 2500 HD proved capable and sturdy. It is an all-around workhorse with a certain amount of style and luxury. We all know how today’s pickups are more than simple workhorses, they also are being used for everyday agendas and going around town. So, it has been a while since the 2500 HD received an update. And it was about time for it to get upgraded. The cabin will be upgraded with much better technology and a contemporary style.

Safety features are always a concern and it benefits Chevy to keep them up to date and invest in them. The exterior should get minor improvements. Mostly concerning style and upgrading the already good handling and steering. The powertrain however might surprise us. There are many rumors about upgrading the current powertrain. Possible electrification is looming around our heads. But this might not be the right moment for that kind of upgrade. Let’s take a better look at the upcoming 2500 HD and what it has to offer.

The inside will also receive an update for the 2024 Chevy Silverado 2500 HD. On the inside, we can expect improved seating, especially important for off-roading ZR2 trim. New cushioning and better lumbar support will increase comfort off the road and on it. A central infotainment system is available and it goes up to 13.4 inches.

From here you can control everything connected to a battery including numerous cameras and sensors that improve safety. Dashboard and gauge clusters are fully digital as well which is a nice step toward the future. It will surely make tracking important information much easier. There are chrome and wooden accents along the cabin which add style points. 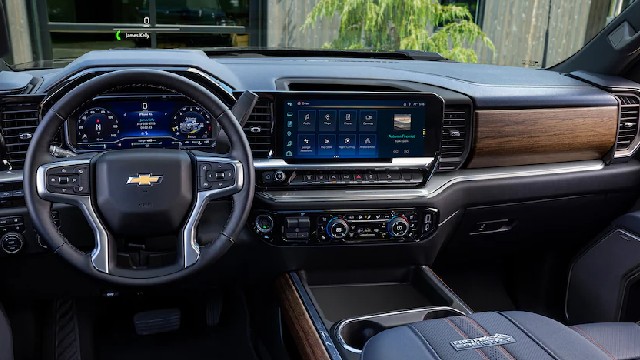 On the outside of the 2024 Chevy Silverado 2500 HD, we don’t expect too many changes. It should still resemble its predecessor in many manners. There will be some trims, such as ZR2 which add a toolset to adapt it for off-roading. Such as bigger tires, bigger bumpers, and under armor so the underbody doesn’t get any damage.

It looks aggressive and rugged and we love it. The front fascia is still large and wide with big chrome mesh and large headlights. Ride height is increased and it has automatically lowering running boards. Hook and winch capability is available. 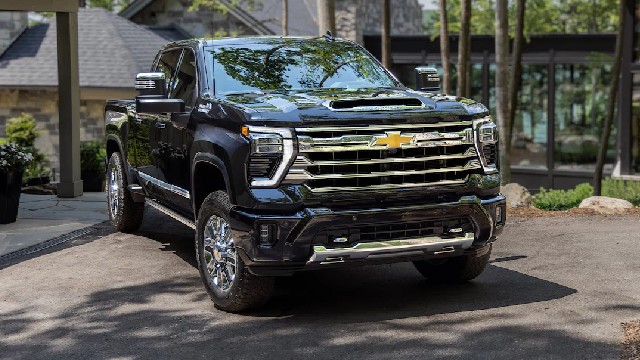 It looks like the powertrain lineup won’t change as much as we expected. There will be two engines on offer and both of them are well known. The 2024 Chevy Silverado 2500 HD is going the tried and tested path once again. Some things are still irreplaceable, like the powerful diesel and gasoline engines under the hood of the mighty 2500 HD. First up we have a 6.6-liter V8 gasoline engine. This beast of a mechanical marvel has 400 horsepower with 464 pound-feet of torque. It will be paired with a 10-speed automatic transmission. It is the new Allison mechanism which many seem to praise for its reliability. With this engine, you can tow up to 19000 pounds which is commendable. The second engine is also a well-known face, it is the 6.6-liter turbo-diesel V8. But this time around it has been upgraded and beefed up for better performance.

And we can safely assume everyone likes this move by Chevy. It has 470 horsepower which is more than the gasoline version. On top of that, it has more than double the torque. It maxes out at 975 pound-feet of torque. It also comes with 10 speed automatic Allison transmission. Towing power maxes out at 36000 pounds which is top of the class and we don’t see many pickups competing with that. Currently, the electrification has been postponed and there is a good reason for this. The whole architecture should be replaced in order to accommodate the electrical powertrain. Also, technology just might not be on par with the powerful diesel engine that everyone loves. There are stricter regulations incoming so we will have to wait and see what will Chevy do about that.

Chevy is well known for dishing out many trims with their pickups. This time around is no exception, there will be an off-road centric trim called ZR2. It comes with a full off-road package which includes a new tech-savvy suspension. Moreover, it will make the ride comfortable even in the harshest of environments. It has Multimatic DSSV dampers. It has automatic locking rear and front differentials as well, which will surely come in handy.

Tires are also specially designed for off-roading and adventurous type of driving. They are 33-inch Goodyear Wrangler Territory MT tires. But there are also rumors about even bigger ones, 35 inches which would be superb. The engine lineup for the ZR2 is identical to the other trims so no surprises there. Exterior styling was beefed up a bit to represent its ruggedness and you will be able to spot the ZR2 on the road at any given time. 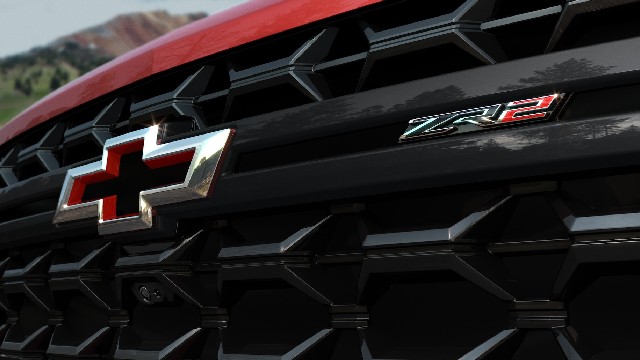 The upcoming 2024 Chevy Silverado 2500 HD has decent mileage for a pickup of its size. It can achieve 12 mpg of combined driving. This is due to large engines and their vast size. Introducing even a mild hybrid technology would reap many benefits. Including better performance and better fuel economy.

Production of the upcoming 2024 Chevy Silverado 2500 HD starts at the beginning of 2023. So we will probably see it on the road later that year. Pricing is still not given but we don’t suspect it will change too much from the previous iteration.