Toyota is about to give everyone a treat in the form of the 2023 Tundra. It is a gargantuan pickup, and it already had style and technology to reckon with. But with this new restyle Toyota is looking to build upon an already great basis. Competition is fierce in the pickup industry and everyone is trying to take home the crown.

The Tundra has been out since 2000 and there was a clear case of carryovers through the years. But not anymore, Toyota is making the 2023 Tundra differently and better. They didn’t hold punches back, the manufacturer is giving the Tundra a new powertrain, new interior design, making changes on the exterior, and improving everything they possibly can. 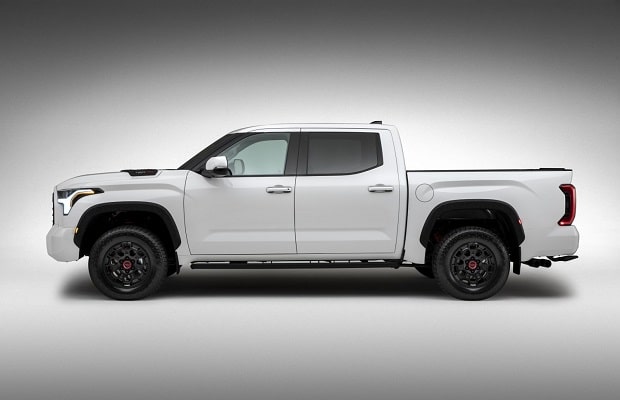 How much is Tundra going to benefit from all that is uncertain? But fans are eager to test drive this bad boy. Read on to find out what changes did happen exactly on the 2023 Toyota Tundra.

As we said already, Toyota didn’t spare a dime on the brand new 2023 Toyota Tundra. They took a bag of money and gave it to designers and told them to do some magic. And magic they did. On the inside this car was already spacious, extra leg space spacious. And now it might even be even bigger. There are 2 cab options, Double Cab and even bigger CrewMax.

Both are four-door versions and will comfortably seat five people with some room to spare. In Double Cab trim, we have 6.5 and 8.1 feet sized beds. While the Crew Max offers 5.5 and 6.5 feet beds.

Toyota blessed us with some extra completely necessary technology. Like a panoramic roof, it can be opened all the way so you can relax while staring at the night sky, or let some sunshine in while cruising the coast. Seats are going to be top-of-the-line leather, which is a nice addition to an already great ensemble of great features. In addition, those seats are going to be ventilated and heated. This is something you don’t see very often and will add to comfort greatly.

The steering wheel isn’t going to be built from cheap plastic that is going to wear off quickly. It is also made from leather, and it is also heated, so you don’t get difficulties while driving in sub-zero temperatures. The infotainment system is going to be great as well. We can expect to see a 14-inch touchscreen on the front. Since Toyota invested heavily in the interior we might see a better surround system. Hopefully from some famous audio house like JBL for example. Air conditioning and all other systems can be controlled from that same infotainment unit. Connectivity is quite standard, Android Auto and Apple CarPlay along with Bluetooth. 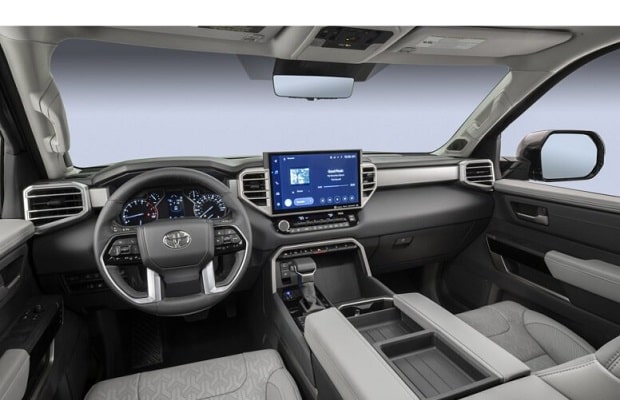 But who needs more than that, right. Also, we hopefully see some driving aid software. There are numerous accidents happening due to human errors and artificial intelligence was proven able to decrease those errors. Rumors are Toyota invested in their own system and plan to implement it in the 2023 Toyota Tundra.

The all-new 2023 Toyota Tundra is going to be based on the GA-F platform, popularly used on HiLux and Tacoma. This platform has a strong build, steel ladder construction, and a lot of aluminum. This aluminum part is interesting to drivers since it shaves off a ton of weight and improves the weight-to-power ratio. The better the ratio the better will the car handle and accelerate faster. This platform has a full box design, in turn, this will greatly improve the off-roading capabilities of the 2023 Toyota Tundra. 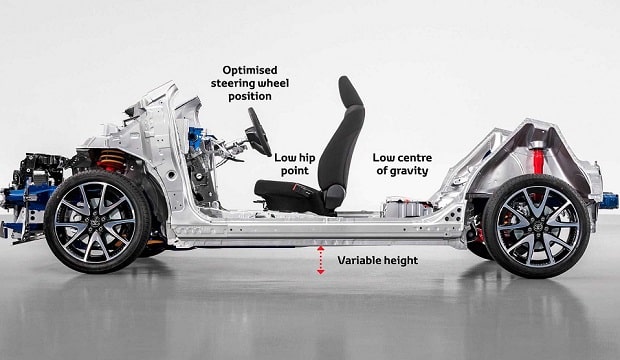 The designers widened the rear end. This was done to improve handling and stability. It also improved towing capacity which is now over 12.000 pounds. The payload is just shy of 2000 pounds. They are using multi-link suspension and coil springs instead of the old leaf springs system. Coil springs enable better driving of the main road and also allow to put more power into the ground.

On the front Toyota used a double-wishbone setup to improve straight-line driving and high-speed capabilities. They decreased the roll height center to decrease the chances of the truck turning over. The Tundra 2023 will also have adjustable air suspension and dampers to add more comfort while driving.

The 2023 Toyota Tundra is going to have several powertrain options. Two options available for certain are based on the 3.5-liter turbocharged V6. Toyota discontinued the much-beloved 5.7 liter V8. This might be due to environmental reasons, which is nice.

The Tundra hybrid version has an electrical motor that can pick up energy while breaking and give a power boost during towing and acceleration. During low-speed driving, it can power the 2023 Toyota Tundra on its own.

We will get an all-wheel-drive with the new Tundra and it comes with a 10-speed automatic transmission. It would be interesting to see if we would get an all-electric variant. This would earn Toyota theirs saving the planet badge and although it would cost more from the start, it would pay off in the long run. 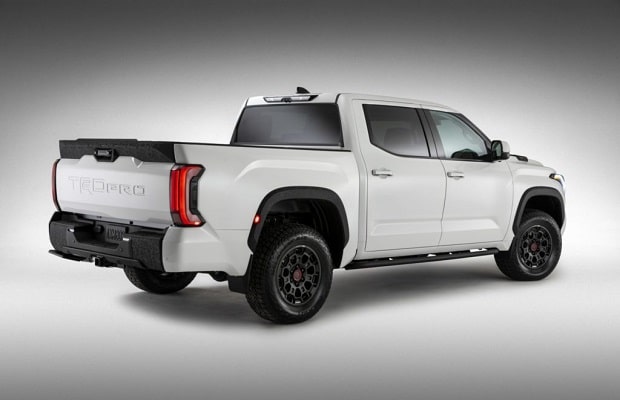 Starting price for the 2023 Toyota Tundra would be around $36.000 for the base trim. SR versions and bigger cab versions would surpass that.

No official date has been announced as of yet. But look out for news about the 2023 Toyota Tundra sometimes late 2022, probably fall. This is when most manufacturers release products and a great time to battle it out for the best truck in the class.