Jeep is finally doing a redesign of its Gladiator, so lo and behold 2023 Jeep Hercules. Jeep didn’t go into the pickup truck game for a long time. Until they introduced the Gladiator a few years back. It did look strangely familiar. This is due to it basically being a Jeep Wrangler with a bed behind it.

This simple trick made an off-road beast. Which Wrangler already was, so a little bigger off-road beast if you will. Hercules has been on the road for a while and is due for some much-needed restyling and redesigning. Read along to find out more about the extent of the changes being made to the Gladiator Hercules.

Although the 2023 Jeep Gladiator Hercules is spacious and roomy, there is much space for improvement. The inside of the truck doesn’t look too modern, which can be devastating when compared to its competitors. Ford, Chevy, GMC, and RAM invest heavily in the interior.

Nowadays, trucks aren’t just for towing and transporting furniture. There is a need for comfortable and luxurious-looking pickup trucks and all the manufacturers abided by. It is time for Jeep to put on their thinking cap and keep it close to the competition. 2023 Jeep Gladiator Hercules is going to have different unique color schemes. The materials are going to be top-notch and there is going to be a choice between leather and upholstery.

Reports indicate that there are different designs for pedals and steering wheel choices. But this remains to be seen. The layout of the cabin will remain fairly the same. It will be able to seat five people which is quite standard. So don’t even think about a two-door version, 2023 Jeep Gladiator Hercules is going to be a crew cab layout. As with Wrangler, the Gladiator is going to have a removable top and doors. This is going to be a great addition for those warm summer nights and when you want to feel the wind in your hair.

The infotainment system will have different types of connectivity, including Apple CarPlay and Android Auto. Touchscreen in the middle with the size of at least 8 inches. Air conditioning control, keyless ignition are some other ease of life additions. Jeep also improved safety with artificial intelligence systems for aiding drivers. This is sure to save some lives. 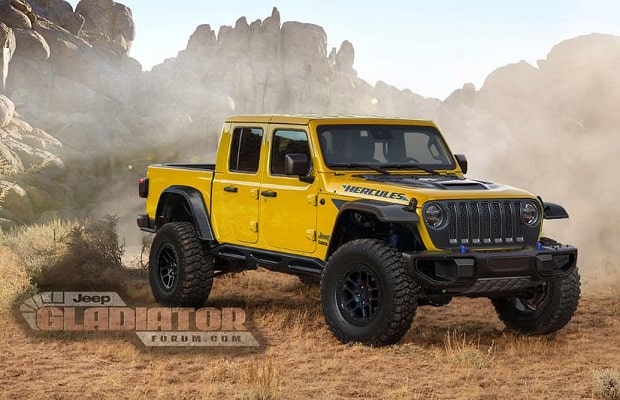 These render photos we have taken from the jeepgladiatorforum.com.

On the outside, we can expect many minor changes on the 2023 Jeep Gladiator Hercules. Right away we can see that it took all the best from its close cousin Wrangler. But also it improved on the tried and true design. When you look on the outside, you can see just a longer Wrangler.

To those who haven’t heard about Hercules, this might look like a home-modified Wrangler. It still keeps its boxy shape and a humongous front grille with 7 vertical intakes. While its competitors decided on the modern-looking square and boomerang-shaped headlights, Jeep went the other way. Or should we say, stayed on the same path?

The 2023 Jeep Gladiator Hercules will have round headlights, which make it look a bit retro. Which is absolutely great for those who like the old Wrangler look. Judging by the sales numbers, that would be a whole lot of people. The windscreen can be taken down, as well as doors and the roof of the car.

This is a classic Wrangler ease of life which is excellent during summer. No need for air conditioning with this one, but you still have it. The basic trim of the 2023 Jeep Gladiator Hercules boasts standard 17-inch aluminum wheels. This is sure to shave off some weight from the mid-size pickup truck. In return, this will improve weight to power ratio. The color schemes aren’t official yet but we can expect numerous colors including camouflage print. Also, there are rumors brewing that the buyers will be able to opt for a bigger fender or bigger tires.

The before-mentioned 2023 Jeep Gladiator Hercules isn’t going to change much under the hood. Not that there is a need to do it in the first place. There are reports about two different versions of engines. The basic powertrain will be sporting a 3.6-liter V6 engine. This beast of an engine can produce up to 285 horsepower and spin the wheels up to 260 pounds-feet of torque. Considering the size and weight of the 2023 Jeep Gladiator Hercules this will get you out of any type of mud or dirt with ease.

There is also a diesel 3.0-liter V6 engine. This one can produce up to 260 horsepower and even greater than 442 pounds-feet of torque. Although the Gladiator is built with nature and offroading in mind, they didn’t forget about city life.

The engine is very economic with 22/28 miles per gallon, depending on the environment.

Both engines come with a standard 6-speed manual transmission, while there are speculations about 8-speed automatic transmission. 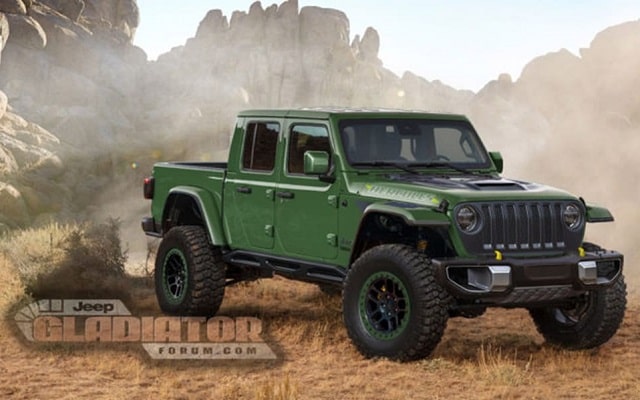 The 2023 Jeep Gladiator Hercules is bound to hit the stores during holidays this year. The exact date isn’t specified.

Prices will vary greatly, and the starting point isn’t low at all. For the basic trim reports indicate a price of around $50.000. If you want some additions and gadgets along with your 2023 Gladiator the price could spike up like crazy, up to a whopping $75.000. 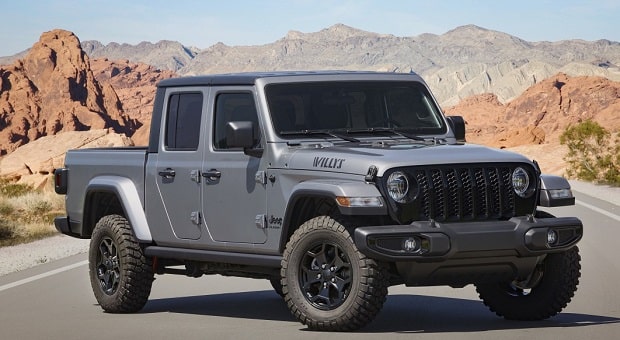