With the Atlas Tanoak Concept that the biggest carmaker in the industry showed at the 2018 New York Auto, VW might open the doors for another mid-size pickup truck in the US. While the SUVs dominates the sales in the global market the leading trio in the US are the pickup trucks. Although the all best-selling models are the full-size trucks the mid-size segment will definitely grow in the future and we saw the recent comeback of the mid-size Ford Ranger.

However, VW said that the Tanoak Concept isn’t planned for the production but the firm admitted that Concept vehicle is here to measure the reactions. VW claims it has more to bring to the SUV segment which it still recognizes as the priority but the pickup class is also where the brand could gain new buyers and increase sells.

On the other hand, the Tanoak Concept also suggested that a long-rumored introduction of the global Amarok to the US market doesn’t have the perspective. The Concept pickup truck is also a different story and with the Atlas SUV underpinning, the possible production version would be another unibody construction pickup truck on market alongside the Honda Ridgeline.

So, many in the industry think that the Tanoak Concept will get the green light for the production as it is not far from the production form. Still, the arrival of the model would likely take the place in the next decade but we already can imagine how would it look if arrives as the 2019 VW Atlas Tanoak Pickup Truck. 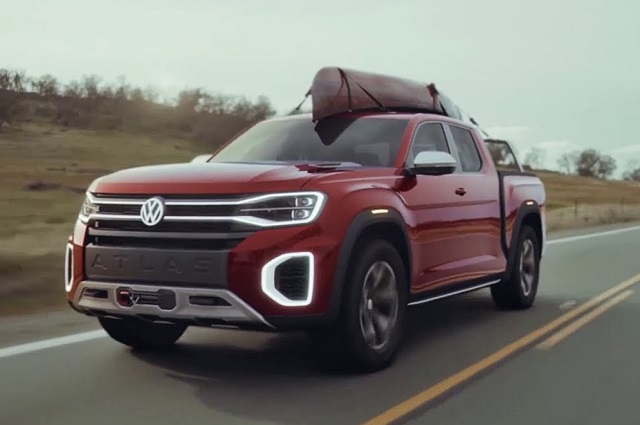 The Tanoak Concept arrived at the stage in the New York with many parts already in-production as it shares a lot with the three-row Atlas SUV. The lightweight and flexible MQB platform underpins many models from VW and sister brands and the Tanoak Concept also bases its design on it. So, the SUV like design would translate in the production version to more comfortable ride and precise handling which the body-on-frame structure can’t provide.

The measures of the Concept model also fit with the mid-size class although the 2019 VW Atlas Tanoak Pickup Truck would be the larger mid-size model. If it goes to the production, the model would likely stay close to Concept’s proportions. The Tanoak Concept stretches 214 inches while has 80 and 72 inches in width and height respectively. With that, the truck would be 3 inches longer than the Ford Ranger while compared to the SUV twin it is even 16 inches longer.

The styling of the Tanoak Concept is actually one of the rare aspects which seems far from the production form. The flashy lighting inserts and several exaggerated elements won’t surely go to the production. The production model would surely look very similar to the Atlas SUV in the part before the cargo bed while it would have one of the larges cargo beds in the class.

The grille and headlights would take the same form as on the Atlas SUV and other VW’s recent models. The profile side would share the wavy character line with the three-row Atlas and the model would also have the sculpted rear fenders and stylized tailgate with modern taillights.

As for the interior, there is no doubt that it would be the carbon copy of the SUV’s cabin. There wouldn’t, of course, be the third row but the passengers would have plenty of comfort in the Crew Cab style body.

The materials, textures and equipment would also mimic the Atlas SUV as the Ridgeline offers similar equipment and design as the Pilot SUV. The VW Tanoak would use brand’s newest Car-net infotainment system, Digital Cockpit, and safety equipment available in the Atlas SUV.  VW would also provide luxury equipped versions with the leather upholstery, automatic climate control, heated seats, attractive trim accents, but there would also be additional packages to boost the off-road capability, the look and more. 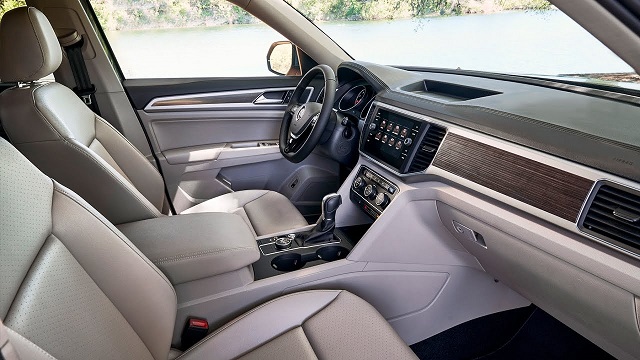 The Tanoak Concept arrived at the New York stage with the drive-ready equipment. The engine and underpinning are unsurprisingly borrowed from the Atlas SUV. The 3.6-liter V-6 engine available as the higher-spec option in Atlas SUV was under the hood of the Concept model. The engine produces 276 hp and torque of 266 pound-feet. The 8-speed automatic transmission is in the pair with the engine and VW said that this powertrain launches the Tanoak pickup to 60 mph in 8.5 seconds.

With this engine, VW would also offer another engine also available in the Atlas SUV. A 2.0-liter turbocharged four-cylinder engine delivers 235 hp and 258 pound-feet of torque in the Atlas model.

VW hasn’t confirmed the arrival of the production version Tanoak pickup truck. The estimated price of the 2019 VW Atlas Tanoak Pickup Truck if it would arrive is around $30k. 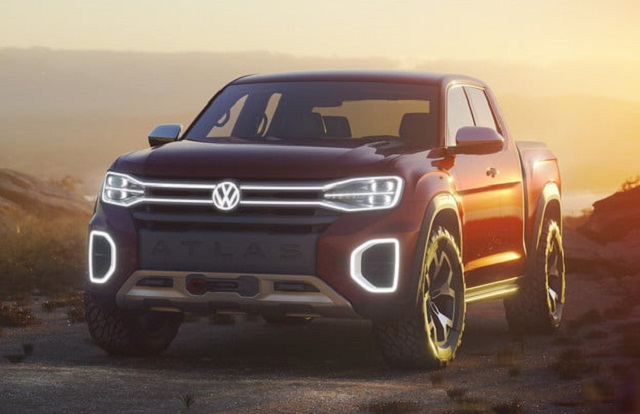 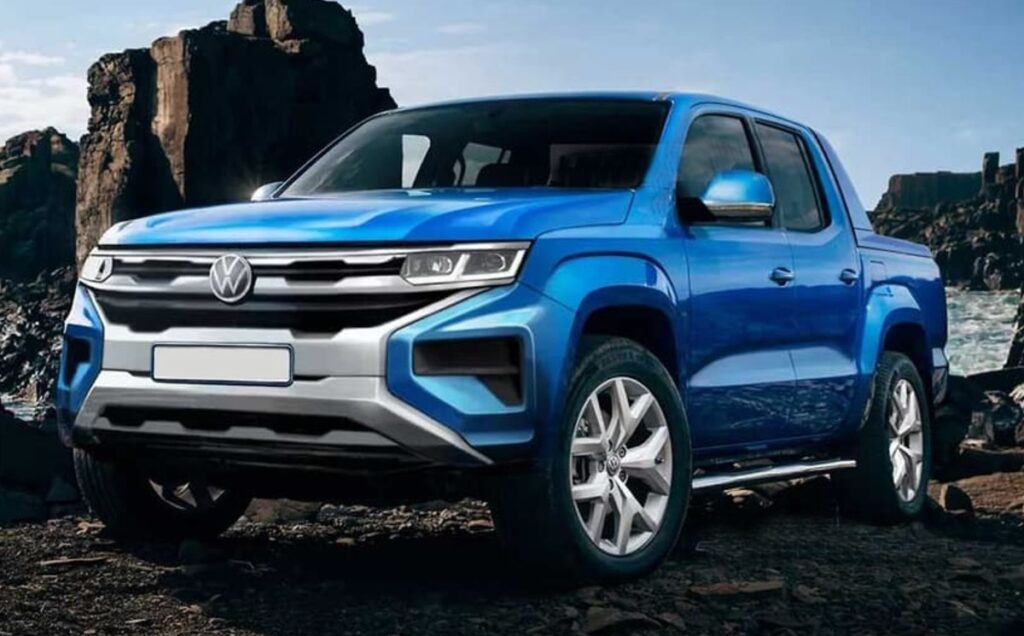 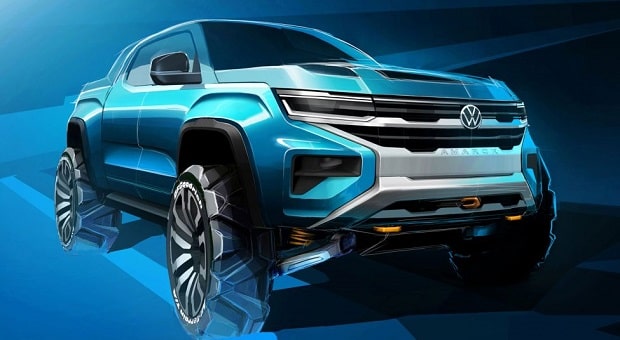