American giant Ford is in talks with United Automobile Workers to shift their operations to their Wayne Assembly Plant in Michigan for manufacturing their mid-size pickup trucks. Many news outlets and magazines reported that Ford was ready to invest as much as $1.5 billion into their Michigan facilities for manufacturing their pickups and heavy duty trucks. New 2018 Ford Ranger Wildtrak is going to be the front runner for this plan.

The predecessor of the new Ford Ranger Wildtrak is Ford’s Ranger T6. This model saw daylight in 2010, a design that was indigenous to Ford Australia. It gained popularity immediately owing to its modern looks and sharp edged designs. Wildtrak’s entry now will revive competition in the midsize pickup truck segment which is currently being ruled by GMC Canyon and Chevy Colorado. 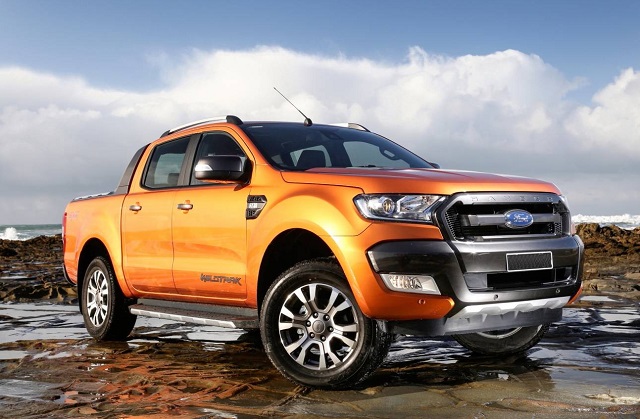 A dilemma that has existed in the minds experts is whether this 2018 Ford Ranger Wildtrak will arrive with a two door system or four. Although pickup trucks with a two door system afford a larger trailer at the back, elongated dimensions of this vehicle’s new model could fit a four door system in it. Speculation is both options will be on offer through different cab styles.

Three cab styles will be presented with new Ranger Wildtrak:

In any case, 2018 Ford Ranger Wildtrak is getting bigger than its current model in all trims. In fact, if base models of both new and current models are compared, there is an increase in width by 10 inches, while elevation increases by almost 4.5 inches. LED lights will get restyled and reshaped, which is a standard procedure with newly assembled models.

Since Wildtrak will be cheaper than other medium duty pickup trucks by Ford, interiors might not be as sleek as you would expect them to be. For example, infotainment system will be SYNC2 instead of SYNC3 while touchscreen on the dashboard will also be smaller than other trucks.

However, 2018 Ranger Wildtrak will have all-new safety features that need to be present in a AWD pickup truck. This includes six airbags with side drapes for passengers on the rear. To reassure you, the vehicle has a 5-star rating from Australasian New Car Assessment Program.

Engine choice is something experts have not been able to predict as of now. Word is 2018 Ford Ranger Wildtrak will have one of two of these engines. First option is a 2.2 liter four cylinder Duratorq TDCi. This mill is capable of producing a power equal to 158 horsepower and a torque of 284 lb-ft.

Another choice is a 3.2 liter five cylinder Duratorq TDCi which can produce 197 hp of power and 347 lb-ft. There are some rumors of a new hybrid engine being prepared for Wildtrak. This could be a 2.3 liter turbocharged EcoBoost. Fuel economy will be around 28 mpg on highways and 22 mpg for cities.

The regular cab model of 2018 Ford Ranger Wildtrak will be available from around $35,000. With such a price, it could prove to be a tough competition to the likes of Toyota Hilux and GMC Canyon. Expect it to hit the showrooms by mid-2018.